Blockchain applications: 11 ways the world can be revolutionized 9831 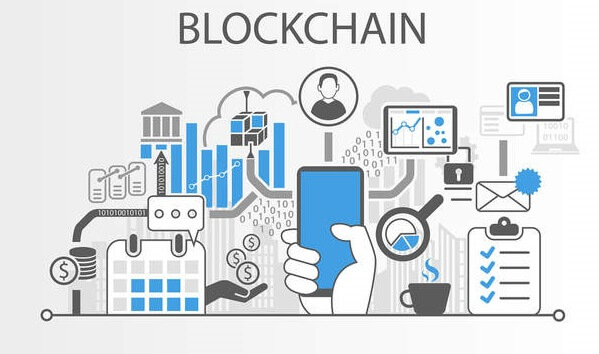 You know the old business conundrum: you want it fast, cheap or good? You can’t have all three at the same time; pick two at most. But wait: that’s where blockchain applications might actually make a difference.

In an increasingly complex, increasingly interconnected world, it is increasingly harder to track anything reliably, cheaply and fast. Payments made today in Poland take a couple of days at best to reach Brazil. Phone cases manufactured in China get lost among a dozen commercial nodes before they reach a customer in France. Identity fraud is still rampant, as are fraudulent returns on commercial products.

The answer to all these problems might be the blockchain. It can, at least in theory, be all three: fast, cheap and good.

Blockchain technology relies on a few hard principles, the most important of which are decentralization and transparency. On the blockchain, transactions are vetted by all participants and recorded in a hashed, i.e. unalterable form. They cannot be reversed, changed or denied. There is no trusted third party that can intervene to sanction or alter a line of code, or that can be blackmailed into reversing a transaction, or that can bring down the network in case of disaster. Everything on the network is shared among computer nodes, and every transaction is visible to all nodes, back to the very first block in the chain.

When the blockchain was invented by Satoshi Nakamoto in late 2008, and first deployed in January 2009, it had one purpose: to create a form of “digital cash”, a cryptocurrency that would do away with the necessity of a trusted third party and would instead allow all nodes (i.e. computers in the network) to compete on equal footing to record transactions and thus create more cryptocurrency as a reward.

It wasn’t long before other blockchains were created, improving on the speed or various features of the initial one, and adding functionalities. After all, the blockchain could be used not just for its function as crypto-creating platform, but for its ability to store data in a decentralized, immutable and transparent fashion. The most revolutionary such improvement on the platform was the Ethereum blockchain, which allows developers to create new blockchain applications and new tokens with the help of a Turing-complete language. What this means is that you could use the Ethereum platform, for instance, to develop your own application, with your own self-executing rules and standards, in the form of so-called “smart contracts”.

With this, blockchain could finally become a platform to enable better enterprise and governance on a global level. It is currently either used or explored by major companies, by governments and international entities. Blockchain applications are already attracting an estimated $2BN in spending for the year 2018, and, although complete adoption and/or integration is expected to take several years longer, it is gaining in popularity almost on a daily basis.

To show how profoundly this technology is tipped to revolutionize the world, here are its most useful real-world blockchain applications:

This class of assets, rather than digital money, is useful in conducting real-time transactions without a trusted intermediary or central authority. It enables transparent, irreversible payments that cannot be challenged and that can quickly move across borders and allows people and enterprises to support companies without fiat money being moved through banks. It allows automated payments and contract execution on an IFTTT basis, and much more. Ripple, for instance, was built specifically for the purpose, but Salt is another interesting example – a crypto-to-cash lender.

The Internet of Things

IoT can (and already does) greatly benefit from the blockchain’s ability to set privacy standards and security protocols. Connected devices are securely encrypted and all transactions are verified across millions of network nodes. For example, IFTTT -enabled alerts and data transfers basis created added layers of usefulness to IoT devices.

Blockchains can track ownership and secure transactions. In their more complex iterations, beyond “data notarization and financial process optimization, they can also ease the burden of legal due diligence and streamline sale, purchase, financing and leasing transactions in an easily managed distributed ledger.

Just as you can rent unused rooms on various internet-enabled platforms, blockchain technology allows you to rent unused cloud / hard drive space. Blockchain applications in this space can provide enormous storage room for a fraction of the current prices of cloud companies. Possibly the best known company out there is storj, but there are also Sia and Filecoin, whose enormous ICO compels it to perfect delivery when the time comes.

From disease outbreak data and forecasting to, most commonly, decentralized electronic medical records that can manage patient authentication and confidentiality across distributed ledgers, as well as micro payments, this is one of the most promising areas of usability for blockchain applications. However, it might be one of the more difficult transitions, both because of systemic resistance to change and because of the difficulty of compiling and sharing data among private actors.

Among blockchain applications, DRM is a natural focus. Blockchains provide a simple, transparent and secure way of recording ownership, tracking intellectual property rights and managing payments. Sony has recently announced such an initiative, after its previous DRM troubles, but EditionGuard or Ara are some of the  players already working in this space.

This is a very hot issue for several reasons, primarily the transparency of advertising backers, the cost of advertising in a Google- and Facebook-controlled market, and the intrusiveness of ads for consumers. It’s therefore one of the most immediately interesting blockchain applications: it can allow for transparent competition for advertising space at low costs; it can enable transparency and fraud prevention for potentially challenging areas; it can provide a management system that provides lists of inventory, companies, campaign reconciliation and more. And it can enable customer-controlled ad visibility. Toyota uses it; AdHive and QChain are some of the best for native advertising.

The blockchain can provide everything, from paperless, decentralized markets with no third-party supervision to payment management, loyalty and rewards programs, merchandise tracking and more. And, of course, there are the cryptokitties. (It turns out, the market for collectibles is huge.) There is every reason to believe that retail will be one of the best markets for blockchain (or the other way around).

With its potential for hosting public records, public safety and transport applications, benefit and social security payments, voting, public funds management and more, government agencies could reap the benefits of secure, distributed ledger technology. It is harder to move governments to the blockchain, for various predictable reasons, but it is not impossible. The UK Food Standards Agency, US Customs, parts of Estonia, South Korea, Dubai, various organizations in various countries are doing it.

By contrast, one of the most common blockchain applications, since in this area there are pretty much no regulatory bodies that companies are accountable to. Verifying transactions, issuing payments on an if-this-then-that basis, recording supply movement from factory or farm to destination are easy, fast and cheap. IBM has already launched a mammoth blockchain operation, with 90+ companies already signed up.

Another area where the mere existence of a transparent, immutable distributed ledger can work miracles. Claims processing, payment management, data management to prevent fraud, policy storage and verification can all be done on the blockchain, effectively and transparently. Kasko2Go attempts to prevent insurance fraud, but there are many out there working along the same lines.

There are still numerous details to be worked out for all these blockchain applications, as well as for new ones still in the works. Of all three desirable features – speed, cost and quality – the issue of scalability can still affect speed, and various security problems need to be ironed out to deliver full quality; but there are signals out there that, while cryptocurrencies are fighting their own battles, the blockchain might reach a wider adoption rate in the real world of connected enterprise.