The Blockchain Brief. The week in five headlines 9279

It’s one of those Cryptoland things, when being stable means going back and forth a couple hundred dollars within a week, as Bitcoin just did (again). But looking at the big picture, all coins are relatively stable.

Another Cryptoland curio: see Ripple in the chart below?

Exactly. And yet, Ripple rose significantly on a flurry of positive news, from YouTube allowing tipping in XRP via Coil to top-10 US bank PNC using RippleNet for international payments. That spelled a 40% price surge, up to the momentous, yet nearly invisible $0.456. Still, Ripple is unconcerned, stating its power is not in its coin, but in the increasingly numerous deals with institutional players. 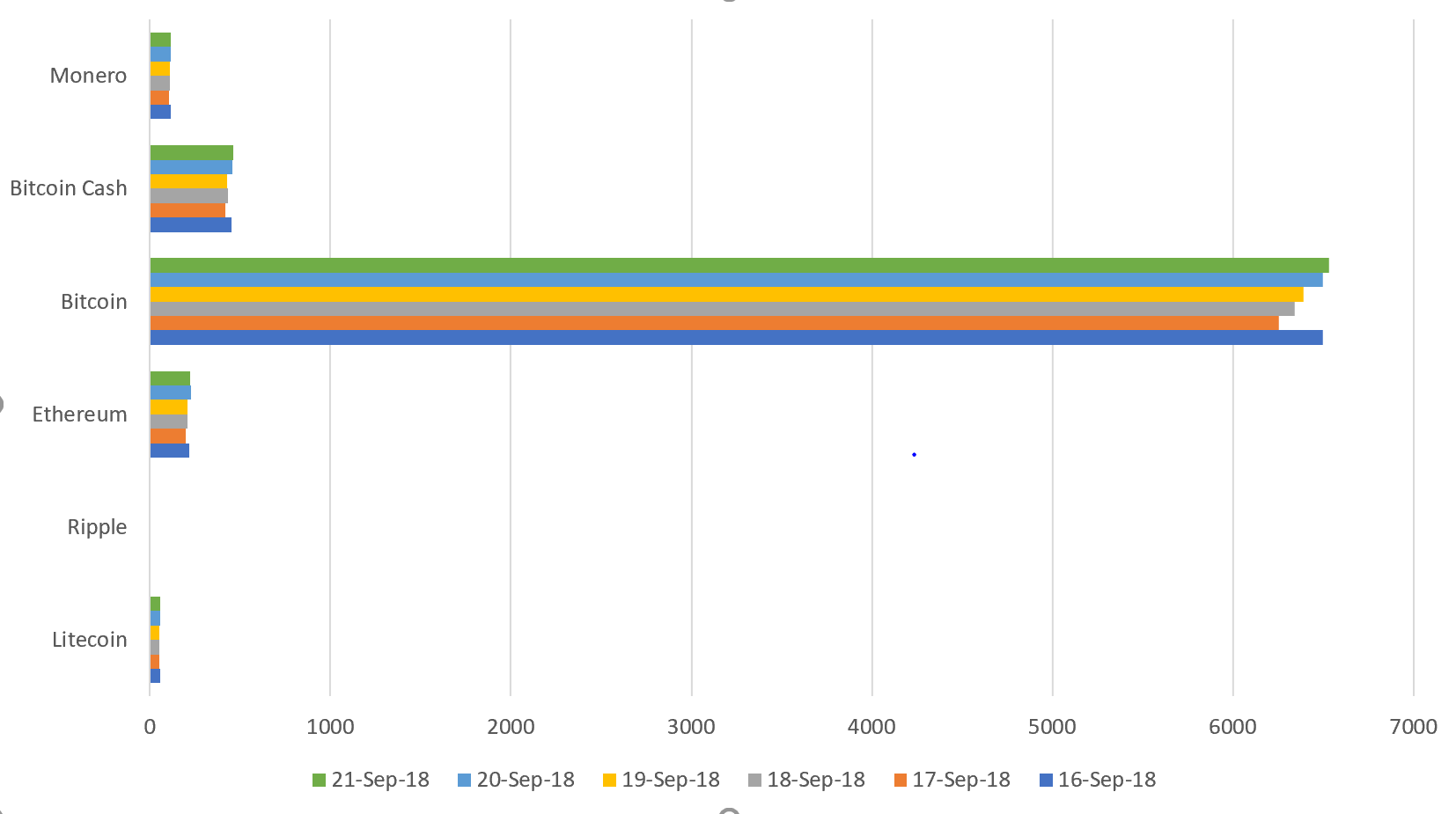 Gate.io, Binance and Kraken reported to the NYDFS

The office of the Attorney General of the State of New York has released a report entitled Virtual Markets Integrity Initiative, stating it has referred crypto exchanges Gate.io, Binance and Kraken to the New York Department of Financial Services (NYDFS) for investigation. Causes for concern include lack of regulation and insufficient safeguards from abusive trading practices and fraud.

IF you wonder what upset Barbara Underwood, the AG, then you missed the story about her office asking thirteen exchanges to answer a questionnaire about their transparency and security practices. Four of the thirteen declined, including the three which were now hit with the referral. They basically said that they were not under the jurisdiction of the Attorney General. They may have cause to regret it in the future.

French Minister for the Economy and Finance Bruno le Maire has announced the Parliament’s approval of an ICO framework which the Autorité des marchés financiers (France’s financial regulator) had proposed back in March. This framework is set to “pull in investors from all over the world”, he tweeted.

What the ICO framework does is provide an institutional setting, asking ICO companies to submit their whitepaper to French authorities to review and approve in order to qualify for an ICO visa and thus be incorporated in France, with winning projects being guaranteed smoother access to financial and accounting institutions.

As with all solid whitepapers, these too must include details about the project, roadmap, token distribution and jurisdiction, as well as the allocation of ICO funds.

Japanese crypto exchange gets hacked to the tune of $59 million

It has happened again. Japanese cryptocurrency exchange Zaif, which was struggling to make the top 100 in traded crypto, saw 4.5 billion yen disappear from hot wallets, plus an additional 2.2 billion yen stolen from the assets of the company. The theft was not discovered until September 18, when developers attempted to remedy an apparent error and realized that – oops, they’d been hacked. The equivalent of $59 million was stolen in Bitcoin, Bitcoin Cash and, somewhat unexpectedly, MonaCoin.

No wonder Zaif thought it was an error – they’d had one earlier this year, inadvertently allowing users to buy Bitcoin at a rate of – OMG – 0 yen per coin.

…and regulation for all

Regulation is coming. While the European Union has decided to postpone the issue of common regulation until best practice cases can be identified and harmonized, the United States are increasingly concerned. Not only is the Attorney General of New York telling on un-compliant exchanges, but the SEC co-director of enforcement said the Commission was going to recommend “more substantial remedies” against flawed ICO practices.

On another front, US representative Kevin Brady wrote an open letter, co-signed by reps from various states, asking the IRS commissioner for clearer guidance on crypto taxation. “On May 17, 2017, we wrote to the IRS to raise questions about the enforcement actions being taken against those holding virtual currencies and the lack of a comprehensive virtual currency strategy. More than a year after our initial letter, the IRS continues to expand its enforcement activities without issuing any further guidance for taxpayers. We therefore write again today to strongly urge the IRS to issue updated guidance, providing additional clarity for taxpayers seeking to better understand and comply with their tax obligations when using virtual currencies.”

The confusing current framework treats cryptocurrencies as property, subject to capital gains taxation. For many, that is unclear, often leading to involuntary tax evasion.

So there goes another week in Cryptoland. Enjoy the weekend, but don’t forget to keep an eye on the markets!

BlockchainBlockchain NewsCryptocurrencyMarket News
Previous ArticleHow to set up an ICO. The 11 essential stepsNext ArticleBad guys’ crypto. How cryptocurrency is used for illegal purposes