The Blockchain Brief. The week in five headlines 16129

A bad week for all markets 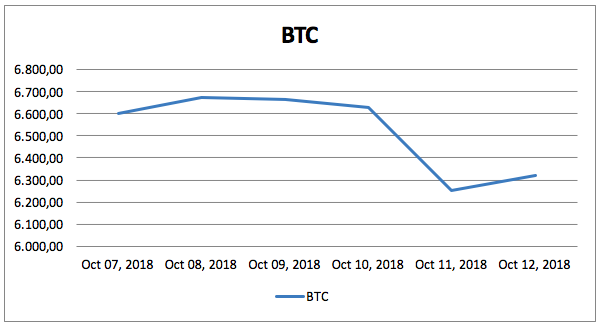 After months of hovering around the same price range, suddenly, over the past couple of days, Bitcoin has dropped to the $2,600s. The market followed suit, and analysts are scrambling to understand the dip. It’s the Asian markets, most argued; it’s the global market sell-off rippling into Cryptoland, some said. (This, in fact, ties cryptocurrency to the global equities markets in ways that many find uncomfortable.) Others connected the drop to IMF warning that crypto vulnerabilities could echo into the traditional financial markets.

After a $12+ billion cryptocurrency market drop, Bitcoin is now slowly recovering, and it looks for the moment like the danger of dropping under $6,000 will not materialize. Seen on a grander scale, the 5% loss of Bitcoin, however, seems moderate compared to Ethereum and XRP, which led the drop with about 10%, and compared what happened on the international financial markets. 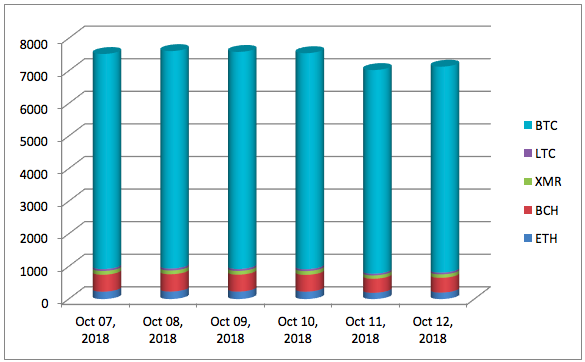 Yes, it wasn’t just crypto that got hit this week; Wall Street saw its biggest dip in eight months, and it’s pretty much everyone in the US and Europe that got hit to a larger or smaller extent. From Netflix to Apple stock and to oil, prices dropped. Rather than (maybe) the trading bots being pushed over the brink by small ripples in the case of crypto, US interest rates, the trade war and an overall economic slowdown may be to blame here.

The upside of the downside, though, is that markets are now recovering. Rather than panic mode, both the cryptocurrency market and traditional financial markets are going into a more cautious mode.

In news that may or may not be related to the market slump, yesterday the U.S. Senate Committee on Banking, Housing, and Urban Affairs held a hearing on cryptocurrencies and blockchains. Crypto-foe Nouriel Roubini stated that blockchain was “the most over-hyped — and least useful — technology in human history”, and crypto was “the mother or father of all scams and bubbles”. That’s nothing new from NYU professor Nouriel Roubini, and his views shocked no one; the crypto community was quick to react.

At least in the United States, there is little you can do to annoy the SEC more than claim you’re regulated when you’re not. It’s the second time in the past month when a blockchain company falsely claimed to be regulated, only to be slapped by the SEC with a court order. Blockvest, in fact, ran foul of the authorities in a number of ways: it misrepresented its regulatory status, copied SEC insignia in an attempt to suggest a connection to the Commission, it misrepresented its relation to an accounting firm and more.

While Blockvest was hit with injunctions, an order to return ill-gotten gains plus interest and penalties, plus a ban against its founder from offering any securities in the future, the website continues to promise that, while the BLV Private Token Sale has been halted until further notice”, its “highly anticipated DEX platform will be released as planned in Q4 2018”. Hm, we don’t think so.

Now you’re going to feel bad to be complaining about Binance’s high fees. After all, they’re going to charity.

Changpeng Zhao, Binance CEO, is adding one more smart move to his portfolio. In a highly publicized initiative, Binance has stated it will donate all coin listing fees to charity. Which charities? We don’t know yet, but a few large donors will apparently be involved, and fee donations will be disclosed via Binance’s Blockchain Charity Foundation, launched with the United Nations through its Ambassador of Goodwill, Helen Hai, to help the UN fulfill the funding gap for its Sustainable Development Goals.

An article in The Information states that several major US universities, whose endowment funds are worth billions, are investing some of their money in crypto funds. Harvard, Stanford, Dartmouth College, Massachusetts Institute of Technology and the University of North Carolina are all named by the anonymous source. While they refuse to comment for obvious reasons, the move might signal that, despite a controversial presence in the news, crypto and blockchain are becoming respectable for traditional investors as well. Goldman Sachs, JPMorgan, IBM, Microsoft, Walmart and other big-shots have compounded in time to make the case for such developments, and traditionally conservative investors like universities are likely to open the gates even wider.