The Blockchain Brief. The week in five headlines 13379

A hiccup in the market: Tether down, Bitcoin up

In the top cryptocurrency news headline of this week, Tether couldn’t hold on to its peg and dropped spectacularly. The very next split second, Tether people rushed to buy into the one cryptocurrency they felt they could trust – Bitcoin. As a result, Bitcoin jumped up as if after a sudden adrenaline shot. 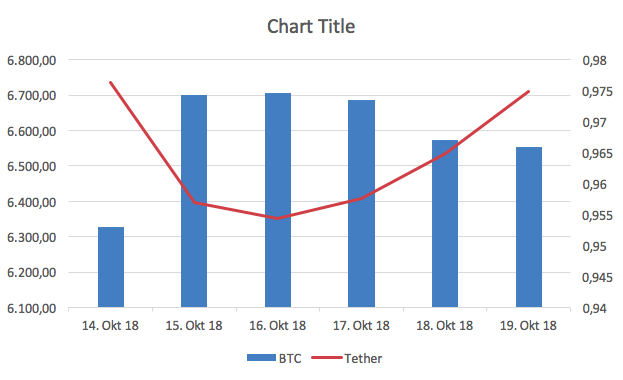 It’s the second week that Bitcoin moves because of external position adjustments. While it had readjusted to a natural level now, the slide and glide of these past couple of weeks have prompted renewed speculation about where the price might go before the new year. Needless to say, some are eulogizing Bitcoin’s imminent demise, while others see it climbing back up to the $10,000.But with crypto so responsive to external factors, there is little in the way of prediction that can help now.

Well, sorry to be playing that old tune again, but the banking system is fundamentally and dangerously flawed.

The latest piece of news to be making that case is a massive investigation across several European countries. Banks in Germany, Denmark, Norway, Switzerland, Belgium, the Netherlands, Sweden, Spain, Italy, and France were all involved in a scheme to enable double tax refunds. Taking advantage of differences between national banking systems, financial disclosure requirements, taxation laws etc., the banks involved defrauded the national systems in 12 countries of approximately EUR55+ billion – possibly more.

Some of the world’s most trusted banks were involved: UBS, BNP Paribas, Barclays, JPMorgan, Meryll Lynch, Banco Santander, Deutsche Bank, SEB and Morgan Stanley are all on the hot list.

Such enormous failures of the system keep happening. It’s not so long ago that Deutsche Bank was in hot water, or that Danske Bank and other North European banks got into the spotlight for all the wrong reasons. If only there were a solution to all the opacity of the traditional financial system!

Oh, wait, there is. It’s called cryptocurrency and it was invented, among other things, to deal with double spending and opacity.

Sony hops on the blockchain train

Not a week goes by without another major company getting on the blockchain train. This week it was Sony, announcing a “Rights Management System for Digital Content Utilizing Blockchain Foundation”.

Sony doesn’t have the best track record where security is concerned, and neither does it sit too well in the history of DRM. Its 2005 attempt to do DRM by surreptitiously installing illegal software led to a world of trouble.

It looks like they’re now trying to do things right by adopting a system that, they say, “lends itself to the rights management of various types of digital content including electronic textbooks and other educational content, music, films, VR content, and e-books”.

The new technology seems promising indeed, if Sony is to be believed. Its uses can extend beyond DRM, helping, for instance, “to manage educational materials and other forms of content used in the field of education”. They are even contemplating selling it as a service.

Yesterday, Monero has successfully gone live with its protocol update. Dubbed Bulletproofs, it claims to come with 80% savings, faster verification times and reduced fees, while keeping the privacy and anonymity features which make Monero one of the top coins out there.

The fork has been almost a year in the making, with testing conducted over the past few months seeming to justify the bullish feeling of users and investors.

ZCash, Bitcoin Cash, Ethereum Classic all conducted soft forks in 2018, and it looks like that is set to remain the intrusive, yet inescapable way of conducting upgrades on blockchains.

No wonder, though: cryptocurrencies have a total market capitalization of $207,177,452,076 at the time of writing, about 12% compared to USD’s $1.69 trillion in circulation. In other words, crypto is gaining ground proportionally, and all that talk of traditional financial institutions cozying up to crypto is, after all, leading somewhere.