Are we in a cryptocurrency bubble? 7133 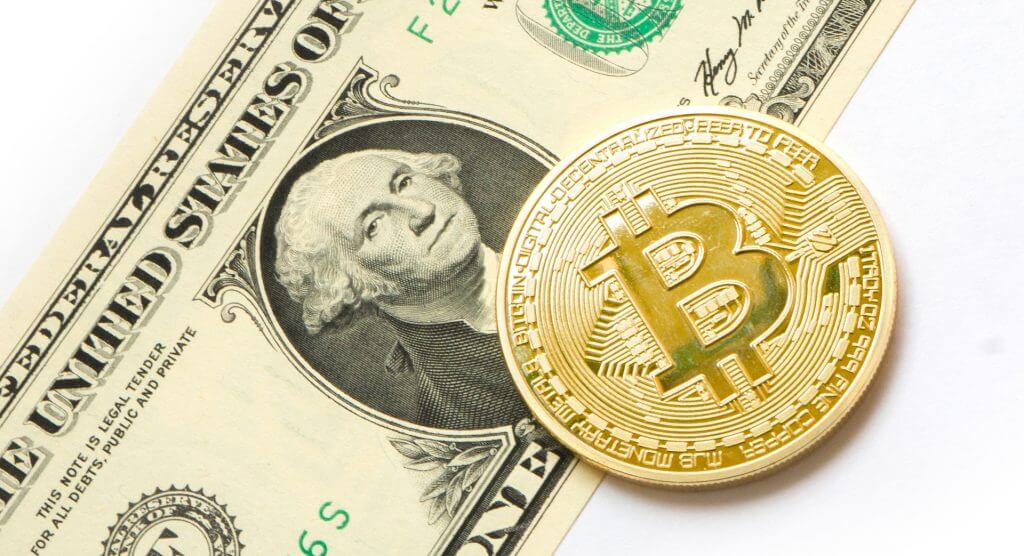 Last week, crypto markets dropped suddenly, prompting renewed talk of a cryptocurrency bubble about to burst. On Wednesday, Bitcoin plunged below $6,300, down 4.5% within an hour and ended up losing 5,7% on the day, dragging altcoin down in its wake. 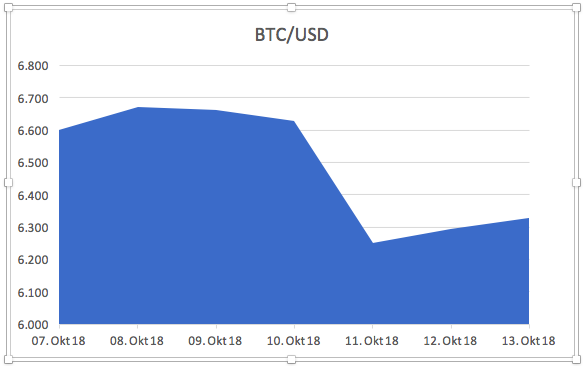 Overall, crypto’s entire market capitalization fell by $18 billion in the space of three days. Market analysts scrambled to find explanations for the drop, blaming alternatively Bitfinex for stating it would suspend fiat deposits, the IMF for saying crypto was unreliable, and the stock market for a market plunge that engulfed Europe, the US and Asia.

The state of Bitcoin

There’s no denying that the cryptocurrency market has slowed down since late 2017, just as the ICO market slumped through the summer. The question is fair, then: is there a cryptocurrency bubble about to burst? To figure that out, we should look to the mother-of-all-crypto. If Bitcoin drops, we can expect the crypto market to take the hint, according to an old, tried-and-true observation: if BTC falls, all coins follow. If BTC rises, not all coins rally behind.

Bitcoin’s drop prompted a general move to reassess the place of crypto and emboldened a bearish outlook. With a $400 drop in less than an hour, the main cryptocurrency seemed to be headed to test support at $6,000. It stopped short of that and climbed back above $6,200, steadying at a 5% loss.

BTC’s drop raised quite a few eyebrows. Initially blamed on intra-market triggers, the fall was quickly linked to a major 800-point drop in the Dow Jones Industrial Average the previous day. In itself, that should not be surprising: BTC has previously echoed the equity markets, and mirrored to a large extent the early 2018 DJIA.

However, whereas some saw BTC as a safe haven from the troubled international financial markets, the recent move suggests cryptocurrency markets are more closely tied to traditional institutions than may be good for either. If there is a cryptocurrency bubble, then, we should look around for triggers.

It looks like it’s not just the cryptocurrency bubble talk that is coming around again, but talk of a potential market crash, too. And with the Dow Jones Industrial Average down by 8+ points and the Nasdaq 100 Index falling by more than 4%, guess who was quick to not take the blame.

President Trump staved off critics who pointed to a report coming from the International Monetary Fund, predicting a world economy plateau and a growth slowdown triggered by emerging markets underperforming and by the US escalating its trade war with China. The US president disagrees: it’s not the policies, Trump states, but just the Fed going crazy on interest rates.

It wasn’t just the US that took a hit. Markets in Europe and Asia saw declines of 3-5%, compounding concerns over rising Treasury yields, budgetary problems within the European Union and Chinese trade war echoes across Asia and beyond.

What next for Bitcoin?

Crypto’s drop on Wednesday had not corrected by Thursday, when Nouriel Roubini talked to the US Senate’s Committee on Banking, Housing and Community Affairs. Otherwise known as Dr. Doom in crypto communities for his penchant of regularly announcing the death of crypto, Roubini did not hold back. His diatribe against crypto and blockchain in front of the US Senate Committee surprised no one and holds little sway either way, yet it served to emphasize the precarious position BTC held at that point.

Since Bitcoin is undeniably the alpha crypto, what happens to BTC will immediately echo through the crypto chamber. If there is indeed a currency bubble about to burst, what are the warning signs?

So far, the 21-month EMA sits at $6,122, and it looks like the bulls might yet win over the bears, since BTC has rallied to finish the week above that level. Analysts have also pointed to the key support level of $6,000. As indicators turned bearish last week, could the threshold hold in the near future?

Cryptocurrency bubble or business as usual? 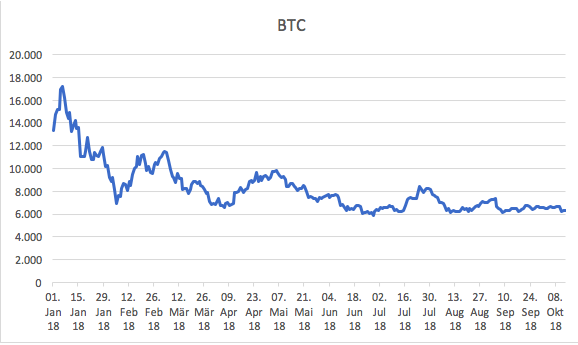 No question, the crypto market cap lost about $600 billion in the first ten months of 2018. Out of all ~2,000 crypto coins out there, only about 15 have a $1 billion-plus market capitalization. These two factors combined to prompt a number of analysts to announce that the cryptocurrency bubble had burst as far back as July or August. In fact, every time the market slumps, the cryptocurrency bubble is invoked and some rub their hands in gleeful expectation.

And yet, looking at the bigger picture, the price is plateauing upward of $6,000 and, if the analysts are correct, BTC stabilizing anywhere above $6,100 at the end of a very troubled week is a bullish sign. In fact, it looks like the main coin is about to pick up strength and once again downplay talk of cryptocurrency bubbles, crypto market crashes and other doomsday predictions. If there’s a crypto bubble, it’s no more of a bubble, and no more about to burst, than the USD.