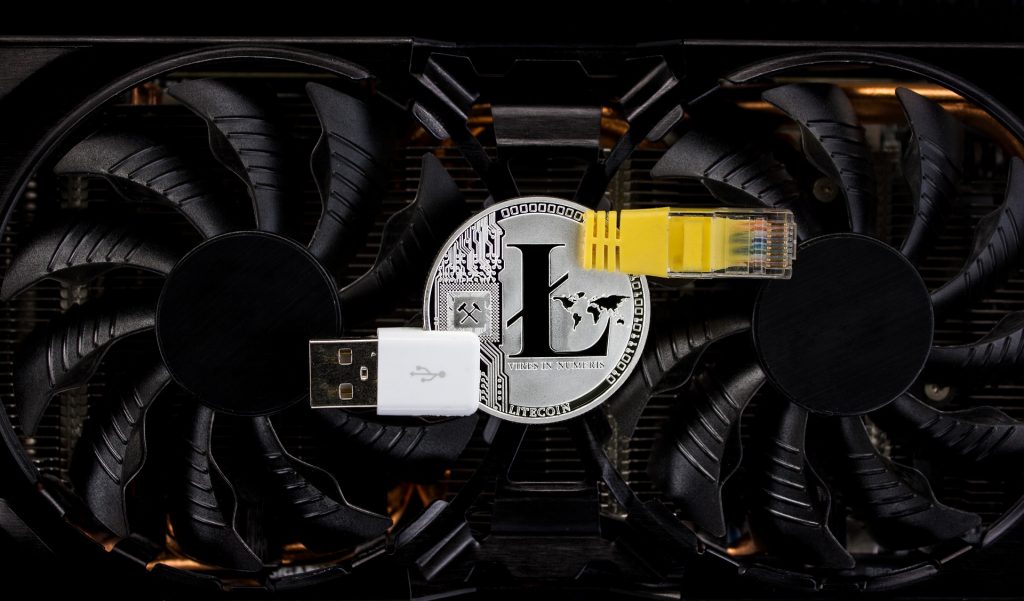 How are cryptocurrencies made?

Crypto is not issued by a central authority on a “fiat” basis, but gets automatically issued as a reward for helping out on that currency’s network. Specifically, the first cryptocurrency, Bitcoin, was designed to be issued as a reward for network participants who contribute to the processing of transactions on the bitcoin blockchain. With small variations, this mechanism is employed by pretty much all the blockchains out there.

Cryptocurrency mining, then, is the process by which network participants (or “nodes”) put their processing power on the line in the hope of gathering the rewards issued on the blockchain. On the Bitcoin blockchain, for instance, rewards are issued when a set of transactions is grouped into a “block” that gets added to the blockchain. Whoever (meaning, whichever terminal) manages to verify the transactions and compute a cryptographic hash submits the block for network consensus. Once consensus is reached, the block is appended to the blockchain, and the successful miner gets issued the reward.

To be fair, blocks are slightly more complex than that – read here if you want the blockchain explained in more detail – but that is the simplified process by which crypto is actually “made”.

If all of the above sounds easy, well, it is. No actual person needs to be behind a terminal doing advanced math to hash a block; all it takes is processing power. You could be sleeping or doing crossword puzzles, and the terminal would be competing against all other terminals on the network to be the first that submits a successfully hashed block of transactions.

The problem? The cost of cryptocurrency mining.

For the first, biggest and most successful blockchain of all, electricity mining costs are actually three times those of mining for gold. Also, the computational power required to mine for Bitcoin nowadays is way beyond what consumer-level hardware can provide. You can’t mine for Bitcoin without a rig that is worth upwards of $4,000 – and even then, the rewards will get amortized over several years. It all conspires to put Bitcoin mining pretty much out of reach for individual miners.

For other blockchains, however, cryptocurrency mining is still an option – as long as they don’t become crazy popular, too.

Regardless of which cryptocurrency you are interested in, there are a couple of basic mining methods. We’ll discuss them as they apply to Bitcoin but bear in mind that the mining rig is pretty much unnecessary for smaller coins.

Mining with an app

As you can imagine, that’s level one of accessibility. Mining apps are easily downloadable and work in the background, including on mobile devices, to hash blocks and collect rewards. For most coins, that’s perfectly adequate. For Bitcoin, it’s only adequate if you are somehow reading this in 2010.

Mining in the cloud

Rather than just use your own processor, you can share your processing power with others, through a remote datacenter. All nodes then share the rewards. It’s a way of doing something rather than nothing, really, since you don’t make much out of this arrangement. Also, beware of cryptocurrency mining scams. Cloud mining is awash with them.

Mining rigs are for advanced users. Until a while ago, it used to be enough to stack up several GPUs and plod ahead. Nowadays you need dedicated ASICs (application-specific integrated circuits), with gigantic processing power and similar electricity costs. They are hugely expensive and recommended only if you are really, really serious about mining – and aware that you are only going to recoup your money in several years’ time. Factor in the industrial cryptocurrency mining pools, hundreds of warehouses around the world in areas with low electricity cost, where ASIC units are raking in the real rewards. For Bitcoin, you should perhaps accept that individual mining has become obsolete.

How to choose what to mine for

If you are looking to mine other coins, there are, of course, thousands to choose from. How do you choose which one to mine?

As with everything, you should do an initial cost effectiveness analysis. Some coins are extremely cheap to mine, but equally ineffectual to take to market. If you actually want to make money off of your cryptocurrency mining, consider Litecoin, Monero, Verge or Dogecoin, which are still relatively cheap in point of processing power and still get lots of traction on the market. For all of them, you can use GPU mining. Mining pools are also an option; however, choose carefully to avoid scams.

Before you start, make sure to put together the required arsenal for your new endeavor. Here is your cryptocurrency mining kit:

And if you’ve got it all in one place and ready to start, be aware that there are a lot of potential traps out there, from expecting too much too soon to cryptocurrency mining scams. Don’t rush into any cloud mining that promises extravagant rewards, don’t mortgage your house to buy ten ASICs, and, above all, make sure you stay connected to the market to see how your favorite crypto is doing.