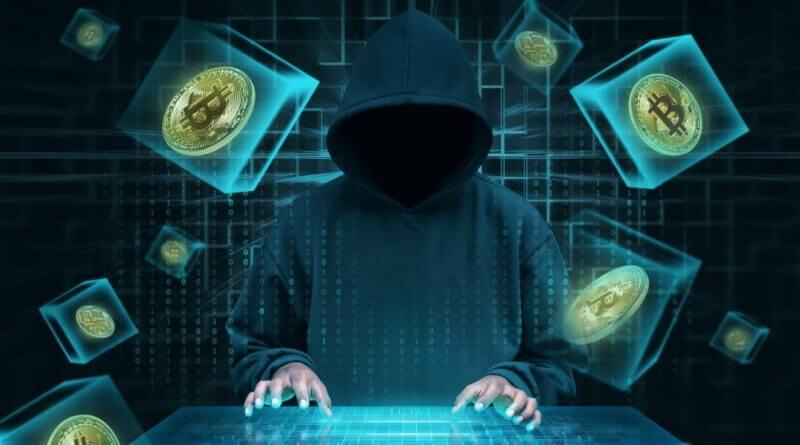 How crypto could fail

Everyone’s hot for crypto these days. Even bears and downright skeptics are following the markets and shaking their heads at the ups or downs or in-betweens. The world at large is starting to take notice. So what people are wondering is, will it last or will it fail?

Extreme possibilities, for instance that fiat money will simply be replaced by crypto, are too unlikely to even consider, if only because, in remote parts of the world, electricity is a luxury and therefore anything other than fiat currency would be impractical.

But how could crypto fail? It is, after all, a large-scale international project. Institutions and national authorities are taking note and scratching their heads. It’s been around for a while and it seems it’s just not going anywhere, so what in the world could go wrong?

…Let us count the ways

There’s such a tug-of-war over cryptocurrency out there that it’s hard to know what to believe. Some will tell you it’s a bull market because major coins have been relatively stable over the past few months, which shows the market is settling, which shows crypto is entering adulthood.

Others fight back pointing to the bull craze of December 2017 and subsequent fall of Bitcoin to 30% of its all-time high. Volatility is inherent to crypto markets, they say. Wait until regulations hit the market, they say.

Cryptocurrencies have known risks and vulnerabilities, and even the staunchest defenders would be hard pressed to deny them. These are, in no particular order:

One of the major problems with crypto is security. Specifically, not that it is insecure. It is no more insecure than anything that sits on the web or in the cloud or on any network, or even in a drawer at home. Its real problem is that most people do not understand the technology, and so they do not understand the ways in which it might be insecure. How many people out there know about air gapping, or even what a digital key is? Also, how easy to use – and how secure – is the interface of crypto in general? Think of the way people use their mobile phone to connect to the internet, even through shady wireless networks, and pay for a range of products on countless websites.

With a three-pronged source of attack (through insecure code, insecure wallets, and insecure exchanges) , compounded by most wallets and exchanges not providing any sort of insurance, and with the technology’s innate irreversibility of transactions, security is a Major Problem.

Two factors are at play here: how much time it takes for a certain user to have a transaction go through, and how many transactions per second can a certain cryptocurrency handle. The second issue is more clearly one of scalability, and we’ll go into that in a jiffy. But the speed of transactions for regular users is a direct-impact issue that many have complained about. Unfortunately, it’s extremely hard to quantify this speed reliably. Even in the case of the same crypto, transaction speed can vary wildly. You can have a Bitcoin transaction go through in ten minutes and a Ripple one go through in three seconds, but it’s all pretty much approximate. The bottom line answer is: the speed of a crypto transaction is generally nowhere near that of a credit card transaction at the supermarket.

This is the Achilles’ heel of crypto: everyone shoots for this particular argument when predicting the downfall of crypto. And they are right. Take a look at the two chards below; notice anything weird? 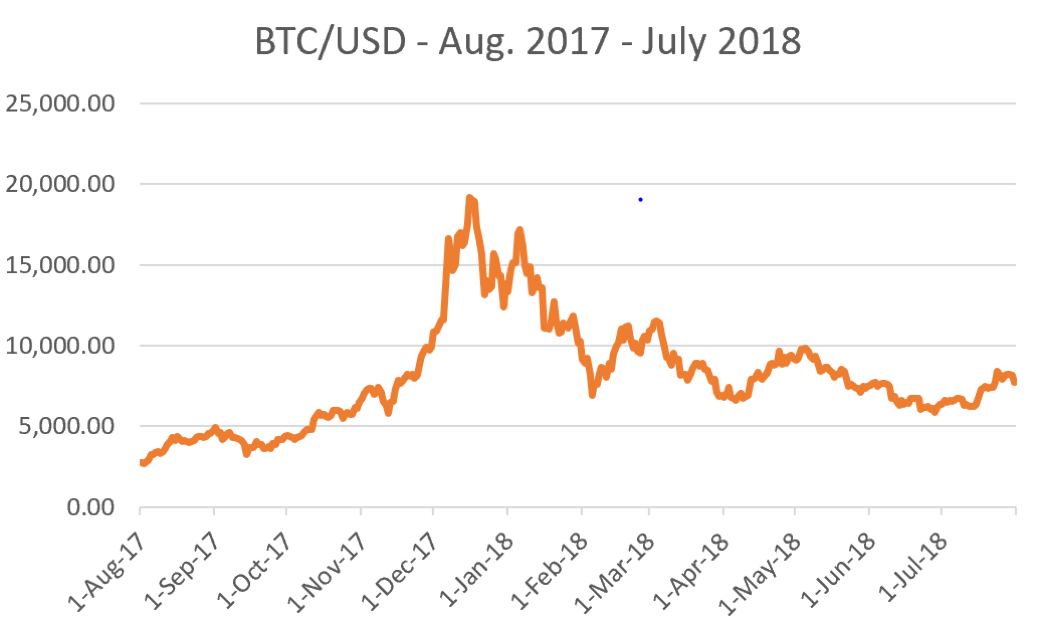 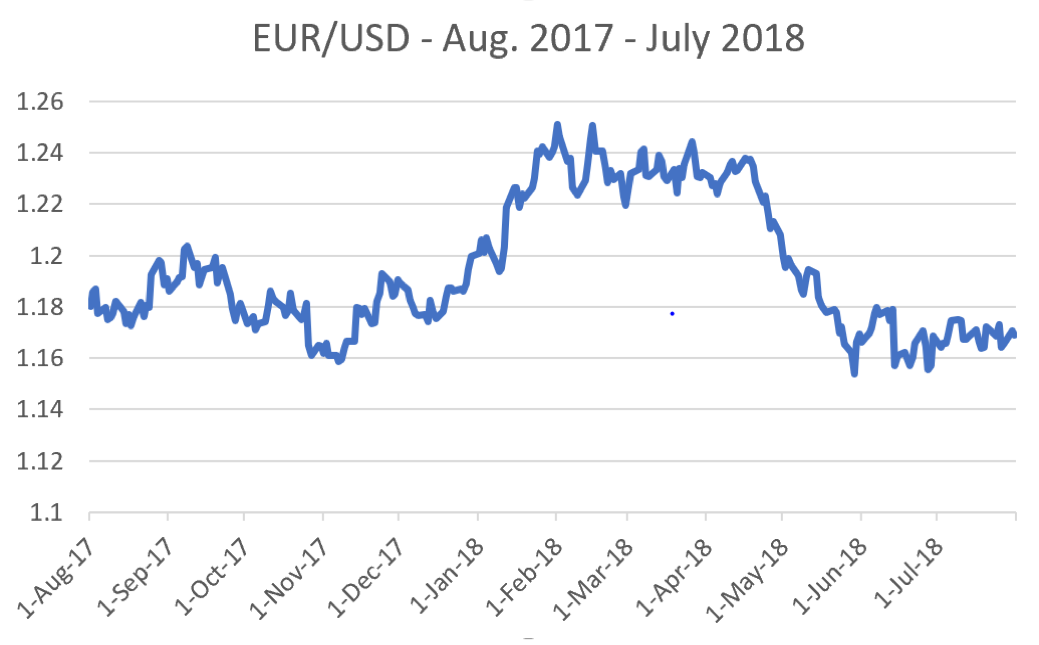 Whatever the cause of crypto fluctuation – be it speculator inflation, Ponzi schemes, marketing, FUD, FOMO, real-world factors etc. – the fluctuation itself is beyond doubt, and beyond wild.

There are way, way too many cryptocurrencies out there; 1,000+ at the last count, with dozens being born and dying every week. It’s impossible to defend their long-term raison d’etre. Some are born out of a desire to make money off the newest craze, some are straight-up scams, some are tokens issued to go with a particular startup and would reasonably be expected to outlive their usefulness when and if the startup takes off and the token is exchanged for more mainstream crypto.

There are many reasons why regular users might feel disinclined to operate with cryptocurrency. The general perception, in all surveys conducted, is that “it’s too complicated”. In many ways, it is: think only of the difficulty of securely storing your digital key, for instance. Installing a wallet, paying with crypto or being paid in crypto, trading on exchanges, keeping up with the market to know the actual value of what you own – all these are likely to put off people with low levels of tolerance for novelty in general, or information technology in particular.

With an estimated 1% of the world owning any kind of crypto almost 10 years after its inception, it’s quite clear cryptocurrency is not poised to upturn world order anytime soon. If the FUD triad (fear, uncertainty and doubt) compounds humanity’s reluctance to change status quo and world institutions’ unwillingness to compromise their own game, adoption rates will not soar soon. Looming threats of crypto regulation or even dissolution are not helping.

Ah. Anyone who knows anything about crypto is both slightly freaked out and excited by the perspective. While it’s hard to outlaw the mathematics behind crypto-creating blockchains, it’s comparatively easy to shut down any legal use by commercial entities and clamp down on illegal use via dark web outlets. Well, not exactly easy, but look at Bolivia or Bangladesh, which have forbidden it altogether, or Russia, China and others, in which regulations are very nebulous and tend to be very, very restrictive. Bottomline: regulation could make crypto legit, or it could create additional hurdles that make crypto expansion very unlikely.

Resource scarcity can refer to a number of potential points of failure in the system. Who knows what the future holds? But if the future holds any electricity- or network-related disaster, the whole system might come tumbling down. Also, if there is a lull in networks maintenance or number of miners (brought on by anything from governmental interference to natural disasters or massive market fluctuation), cryptocurrency might go down overnight. It’s a self-maintaining system, with the inherent problems this poses.

Other problems might come along, such as large-scale attacks on certain types of crypto, cyber-Armageddon, or stuff we can’t even possibly imagine before it happens. All in all, there are a lot of ways crypto could fail.

Will it, though? There are voices saying the market cap of all cryptocurrency could hit $1 trillion this year. It was around $800 billion before the market slumped, and, even halved to a little over $400, it wouldn’t need much of a nudge to jump the trillion threshold.

Beyond that, everyone’s hope now is that regulation will simplify the crypto landscape, outlawing malevolent actors and providing a coherent operational framework for an alternative financial structure. In a relatively short time, the market would most likely separate the good from the bad, and only a handful of crypto would survive. Which might be a good thing in itself.