The Blockchain Brief: The week in five headlines 16213

Another hectic week in Cryptoland debuted with the Winklevoss crypto-billionaire twins launching a stablecoin – predictably names the Gemini – strictly pegged to the US dollar, i.e. backed by 1-to-1 USD to Gemini dollar in deposits held by the Winklevoss’s trust company. A second stablecoin, Paxos, also received the seal of approval from NYDFS, giving Tether, the most famous of stablecoins, some serious competition.

Also, as a perfect sign of crypto conversation going mainstream, Coronation Street, the famous UK long-running soap, added a crypto twist to its story line. Not a very encouraging one, as the point of the story is that a character looks for the lost password to his WhipCoin wallet, only to find, by the time it takes to recover it, that the coin has pretty much lost its value.

In the meantime, the market seems to have recovered from the recent slump, and Bitcoin has gone back up to the $6,500s. 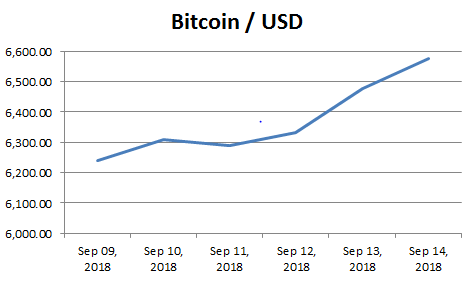 Early this week, the Securities and Exchange Commission (SEC) issued a $500,000+ fine against self-titled “ICO Superstore” TokenLot LLC for failing to register as broker dealers, as well as against Crypto Asset Management LP, for failure to register and falsely claiming to be “the first regulated crypto asset fund in the U.S.”. The latter agreed to pay over $200,000 without commenting the charges.

Morgan Stanley looks set to offer trading in derivatives tied to Bitcoin futures. Clients will be able to go long or short on price return swaps.

Goldman Sachs is also preparing nondeliverable forwards, i.e. a type of derivative for Bitcoin. It looks like, instead of crypto losing ground amid regulatory uncertainty and price volatility, demand is in fact driving old-school institutional players into the crypto playground.

ICO-funded brainchild of Brandon Eich, the privacy-obsessed browser Brave – that offers users crypto rewards for ads consumption – has thus basically asked the UK and Ireland to investigate Google’s search algorithms for infringement against the European Union’s GDPR, the regulation set to give users control over the data that companies collect about their digital presence. Anything to dismantle Google search’s 86% market share worldwide!

Brazilian second league soccer club Avaí Futebol Clube has recently announced a partnership with SportyCo and Blackbridge Sports to launch a token, to be called (what else) Avaí FC. The ICO will attempt to raise $20 million to help the club’s efforts to push for access to the first league.

This follows a trend, it would seem. Just a couple of days ago, French soccer club Paris Saint Germain announced its own crypto launch, in partnership with tokenized sports voting platform Socios. Owned by Qatar Sports Investments, the French heavy is trying out a more modern approach to marketing and promotion, and they hope the new token, to be launched by spring 2019, will help with fanbase engagement and business integration.

BlockchainBlockchain NewsCryptocurrencyMarket News
Previous ArticleWhat’s an ICO – and why should you care?Next ArticleHow to make money with crypto